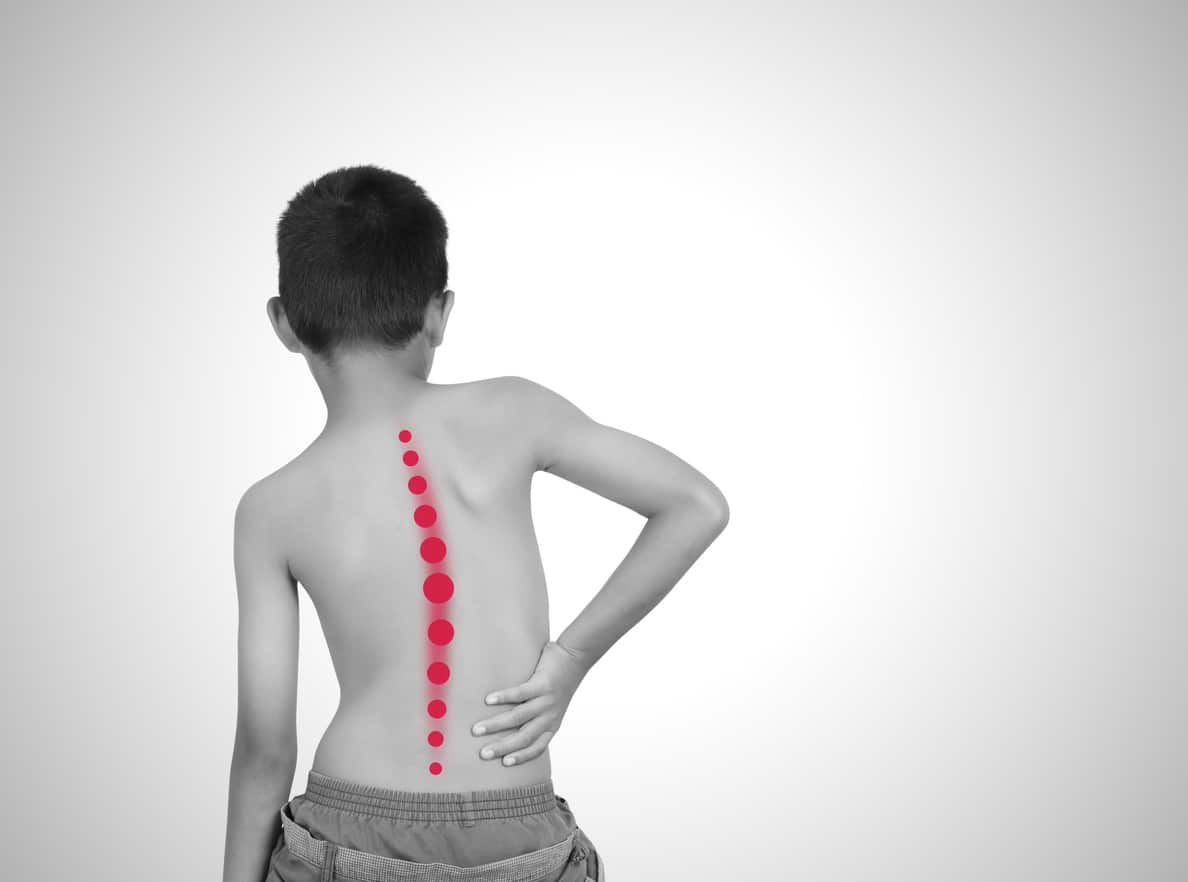 Scoliosis is a spine condition that causes an unnatural curve in the spine by 10 degrees or more . A child with scoliosis can have a spine with an S or C shape curve, with both the thoracic and lumbar spine affected. In Singapore, scoliosis affects children of all races but is more prevalent in girls than boys — girls are 7 times more likely to get scoliosis than boys. It’s also been shown that the older the child, the higher the prevalence of scoliosis. For example, idiopathic scoliosis in schoolgirls stand at 1.4 percent for girls 11 to 12 years of age and 2.2 percent for girls at 13 to 14 years of age.

Thus, it’s important to notice the signs of scoliosis in your child as soon as possible and get the necessary treatment needed to stop your child’s scoliosis from progressing. Early detection is key, better if the scoliosis can be diagnosed before your child hits a growth spurt in puberty.

How do I know if my child has scoliosis?

Most signs of scoliosis in children can be detected in early childhood. They include:

In Singapore, scoliosis in children is commonly detected during annual school health screenings. The Adam’s forward-bending test is carried out (where the child bends forward) to detect any curvature of the spine. While scoliosis is an unnatural curve of the spine, most children with scoliosis are otherwise as active and athletic as their peers with no scoliosis. 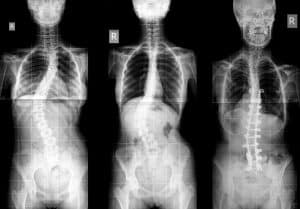 Are there different types of scoliosis?

There are four main types of scoliosis, and they are:

Most cases of idiopathic scoliosis in children occur from age 10. Many parents think that scoliosis is caused by heavy school bags, poor posture, sports or physical activities or a lack of calcium in the diet. But the truth is, there is no known cause for idiopathic scoliosis. However, research shows that genetics do play a part in scoliosis; about 30% of patients including children with scoliosis have a family history of the condition. 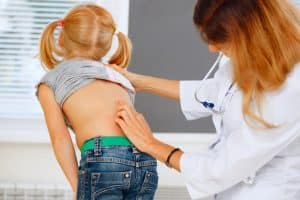 What are some paediatric scoliosis treatment options?

Before suggesting the best treatment option, factors like the severity of the child’s curve, location of the curve, child’s age and the number of remaining growing years left will be taken into consideration.

For children with curves less than 25 degrees, observation is usually first protocol. The doctor will monitor your child’s curve every 6 to 12 months to ensure the curve does not get worse.

Bracing is recommended for children with curves between 25 degrees and 45 degrees. While bracing will not straighten the existing curve, it prevents the curve from progressing further. Braces for scoliosis have evolved over the years, with the type of material commonly changed to ensure the child remains as comfortable as possible. Regardless of material used, the concept for bracing treatment remains the same: the brace applies forces through the ribs or soft tissues of the trunk to enact a reduction of the curvature so as the child grows, progression of the curve is prevented or minimised. A recent research study shows that bracing significantly decreased the incidence of curves progressing to the point of needing surgery. In Singapore, the thoraco-lumbar-sacral-orthosis (TLSO) brace is one of the more commonly used scoliosis braces.

In growing children with curves over 40 degrees, surgery may be required. If left untreated, large scoliosis curves will continue to progress in adulthood despite skeletal maturity. Scoliosis treatment involves using special stainless steel or titanium rods, hooks, screws and bone graft to carefully straighten the curved portion of the spine. Scoliosis surgery can be achieved by making small incisions on the side of the chest for some patients. Children who undergo scoliosis surgery go on to lead normal and independent lives and can participate in most, if not all forms of sports.

Is there treatment for adults with scoliosis?