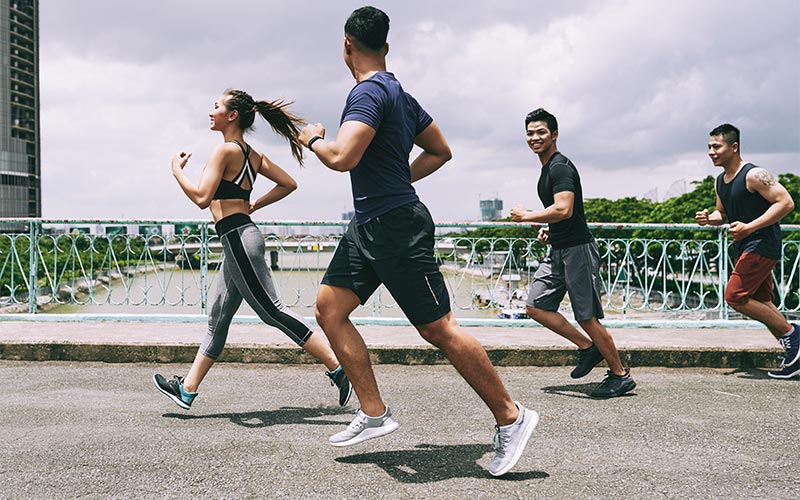 The Sundown Marathon concept was inspired by a common training routine:

“Why don’t we race at night since we train at night?”

The fundamental ethos of challenging you to sacrifice sleep, run through the night and beat the sunrise, is a refreshing concept since majority of races are held early in the morning. Novelty aside, have you also wondered when is the best time to run?

Despite the fact that most races are held early in the morning, you may be surprised to hear that the peak time for running is not at this time.

Your bodily functions are at their worst with low body temperature making your muscles stiff and vulnerable to injuries. Also, you are likely to be running with poor lung function and depleted energy stores, considering that you have not had any substantial food intake the whole night.

However, most scientists agree that this is the best time of the day to boost muscle.

Dr. Stephen Bird, from the School of Human Movement Studies in Australia, said,

“There’s a strong argument for doing weight training in the morning if you are interested in building muscle. This is because testosterone, the hormone most responsible for muscle-boosting, is at its highest around this time.”

If you are interested in a morning session, you might want to make it an anaerobic session with the aim of building up your calf and quad muscles.

Your body temperature is at its highest at this time. Therefore, your muscles are supple and you are less likely to get injured.

With better lung function and higher metabolism, the same level of exertion feels easier than in the morning. You can often run longer or faster in the evening with the same effort.

However, it can also be difficult to find the motivation to run after a long day of work. Your body may be ready to run but not your mind. It is common for people to procrastinate and come up with excuses to convince yourself to run another time instead.

When Is the Best Time to Run?

Scientifically, the best time to run will be later in the day or in the evening when your body temperature is higher. However, scheduling a run early in the morning ahead of your busy schedule makes it less likely for you to procrastinate.

This post has been written by Goh Yun Jie.